David Bowie: the Starman and Defiance of Standards in Gender Identification 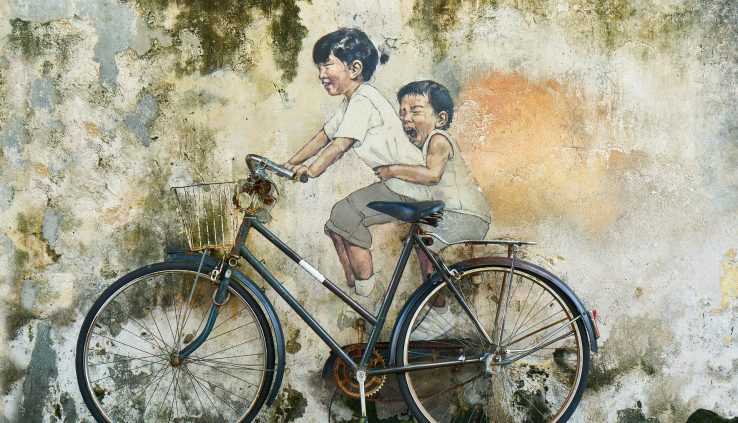 David Bowie was and remains an outstanding phenomenon in the history of art spanning over the incredible four decades. His influence was immense in music, performance, fashion, stage images and all related spheres, and today it is difficult to find the artistic area in which Bowie’s legacy will not surface after some basic analysis. However, Bowie’s impact on the world is measured not only by his creative work and music-making. After his passing away millions of people around the globe expressed their grief about losing a person that was the first to discard rigid gender norms and rules and to show by personal example that gender is a very relative matter (Ford, n/p). Bowie indeed made some very revealing and surprising claims about his sexual identify. Yet what matter most is that his iconic status and brave coming-out in terms of unconventional sexual preferences as well as his extraordinary performances made a huge positive impact on the social attitudes towards homosexuality and gender fluidity. The paper will explore how this influence was produced on personal, public and universal levels.

Bowie’s Coming-Out as Glimpse Of Hope

David Robert Jones a.k.a. David Bovie had two traditional marriages and two kids, but he admitted having unconventional romantic affairs as well. However, these facts do little to clarify what his orientation was and what gender label could be attached to him. In 1972, already a married man, Bowie voiced the famous  words revealing that he ‘is gay, and always have been, even when [I] was David Jones’ (Walters, n/p). This coming-out created an effect of a bomb explosion in heads of his fans, yet at the same time it was a blast of true hope for those who kept pretending to be ‘normal’ while secretly nurturing homosexual identity. Bowie admitted that he was homosexual (or bisexual) only 5 years after homosexual relations were decriminalized in Great Britain, and the society did not accustom itself to this fact (Walters, n/p). Even today LGBTQ+ community experiences discrimination and biased attitudes. Back in the 1970s openly declaring oneself a gay required more than an ample stock of bravery and dare-deviling. Still, if the pop idol and public persona was strong enough to admit being ‘not normal’ and maintain this lifestyle despite the public disapproval, then everyone else could probably stop feeling guilty about ‘incorrect’ sexual identity and simply live a fulfilling life. This was the powerful message that Bowie’s coming-out actually created and sent to people struggling with their blurred sexual identity all around the world.

Although daringly admitting homosexuality and later telling the Playboy than he was bisexual and found pleasure in this fact, Bowie later backed up on his words. He told in his interview to Rolling Stone that he was not really bisexual (Walters, n/p). It was rather a scenic image then something deeply personal. He even said that openly admitting his bisexuality ‘was the largest mistake’ he had ever made. He even confessed that homosexual affairs were not actually pleasant to him (Teeman, n/p). Yet he was the first to speak about alternative sexual orientation loud, and to discuss his preferences in public. It was a huge leap forward from what the attitudes and conventions were just few years ago.

However, Bowie was ‘promiscuous’ and indulged life in its diversity. His list of lovers is very impressive comprising both men and women, one-night affairs and long term romances (Rennell, n/p). This open defiance of ‘moral norms’ without hypocritical attempt to hide these affairs was equally important to fans. Bowie was a brilliant outsider with his homosexuality and lack of false shame, yet if he was gladly accepted by the millions of people, then everyone with non-traditional sexual preferences could be accepted as well.

Now it is hard to establish for sure what his actual sexual orientation was because Bowie’s largest passion of life was putting up a show, acting and changing personas. So the question remains whether his theatrical freakiness was the reflection of his true sexual identity or just a part of the larger game. In real life he was described as ‘leading a spartan life’ by people who knew him well, and he tagged  himself ‘a robot’ without emotions when not on the stage’ (Ford, n/p). Emotions and real life were accessible to him only when he was on the stage, performing his songs and changing personas (Ford, n/p). So it is possible that this defiance of norms was equally well-calculated game and expression of his true self. Even in the most intimate moments Bowie was described as narcissistic and enjoying attention and adoration more that the affair itself (Teeman, n/p). However, even if he did put up a show of his life, he did it with such skills and talent that his androgynous and cross-dressing personas and performances broke the barrier that prevented people from accepting fluidity of gender concept.

Bowie created trends and tried his hands in many possible music styles, and eleven of his albums became number one in charts (Walters, n/p). This wild popularity and geniality of what he did in music provided the firm ground for acceptance of his unconventional costumes and alter egos. The most cited persona, Ziggy Stardust with his clinging and provocative yet amazing costumes paved way for glam rockers and performers who would become legends themselves, like the Queen, for example (Walters, n/p). Ziggy Stardust’s image explicitly hinted at homosexuality or cross-gender identity. The famous gesture when Ziggy half-hugged the guitarist during the concert became a symbol of the new era (Quinn, n/p). The intention of blurring the border between genders was visible even to people remote from conventions of queer dressing.  As Rupert Smith, writer and critic, explains he was ‘knocked out’ by the first performance of Bowie as Ziggy Stardust, and his mom who watched this show compared Bowie to ‘Glenda Jackson playing Elizabeth I’ (Quinn, n/p). It indicated that Bowie strike at clear limits of acceptable for a particular gender hit the bull’s eye.

Costumes were only part of Bowie’s attack at gender conventions, as his songs were equally charged with messages running from and to homosexual culture. From the private clubs and bedrooms the culture of LGBTQ+ was finally oozing to the light – and it was not ugly, it was thrilling and challenging. The album Hunky Dory featured the song “Queen Bitch” that introduced gay slang into the world of official music. This song was written form the point of view of a member of gay subculture and referenced Andy Warhol as its inspiration (Walters, n/p). The hit “John, I’m Only Dancing” was too explicit about fluid sexuality message to be broadcast in the USA, and it was aired in America only some time later (Walters, n/p). These were the most explicit tunes to bring the topic of homosexuality to the surface. Yet the accompanying performances and photo sessions in dresses or revealing jumpsuits promoted the message further and further. Fused together, rhythms and Bowie’s appearances made glam rock the hot topic. It is at his instigation that Elton John turned to glam rock, bands Slade, Sweet and T.Rex came to be, and Jac Holzman signed a contract with Jobriath and Queen to record at his Elektra Records (Walters, n/p). The next wave of electronics was also inspired by Bowie’s experiments.

So all the young copies of Bowie with painted lips and feminine looks that further paved the way for ’80s music explosion should be attributed to him exclusively. He was the icon who set the fashion for dubious genders and norms defiance. Bowie’s musical and performing influence was immense, and the widely spread imitations and copies of his style also did a lot for the promotion of greater tolerance for non-traditional sexual orientations and manifestations.

Art As A Weapon

It was already mentioned that Bowie’s sexual identity was doubtful as he declared opposing things in relation to his orientation, but it is no doubt that he provoked and dared the biased crowd with his performances and songs. He understood very well that he might destroy his career with homosexual scandal, yet his tactic was to go forward and challenge the critics. Tony Visconti, a friend and a producer of Bowie, told in the interview that he personally could not remember seeing Bowie with a male lover, and most probably Bowie was pretending to be a gay (Dowd, n/p). Yet Bowie deliberately challenged and shocked people who were willing to push everyone into the limits of only two genders with prescribed roles. Bowie was fully aware of homophobia back in the 1970s (Dowd, n/p). Yet he was not willing to let the crowd break him or anyone else who was not going to hide their true identities. He stepped forward and shocked the public with even greater elegance.

Another idea maintained by Bowie was that gender norms do not relate to creations that are not fully humans. Hence came the concept of the Starman, Ziggy Stardust from the open space of freedom and dreams and his weird but mesmerizing appearance of an androgynous being (Welsh, n/p). This being did not fit into norms of two genders, so it could indulge in whatever behavior it wanted. This tactic meant not breaking but stretching the limits of acceptable. First some lax gender norms are seen in this strange but attractive creation, then they can be gradually transferred to human beings (Ford, n/p). It was a quiet and crawling battle, step by step. Admiration and excitement for Ziggy leveled the indignation at openly homosexual and bisexual hints in this image. So by challenging and attracting the public by brilliant and provocative performances, Bowie did influence the world and made it a more tolerant and diverse place.

Bowie was unconventional hero, yet he was a true hero for those who did not have their own public voice. Bowie was a prodigal musician and produce successful plates in all possible genres of music, from proto-hip-hip to R&B (Walters, n/p). Some of them were charged with messages of sexual freedom, some were dedicate to other important topics. However, all he did was influencing and changing the world. Actually, he was a cradle for the majority of most current pop-culture trends and achievements.

Bowie was a very complex person and today it is hard to tell what was his true identity and what was just a persona or a character selected for a particular purpose. However, his coming-out as gay and gender-defying costumes and imagers did overturn the concepts about acceptable behavior. This openness together with his androgynous performances immediately struck the chord in hearts of fans who were only coming of age and had to deal with their sexual identity that was far from straight. Bowie promoted the message about freedom of sexual identity through his own life, through his performances and through the way he faced the biases and criticism. What he did cannot be overvalued, and his legacy will long persist in multiple hits created by musicians influenced by him and in the world that became a bit better and tolerant place after Bowie had spoken up.